A lover and a hunter

Luka is a lover. She wants nothing more than your undivided adoration for the remainder of your life. And, nine times out of ten, that's what people give her. She will come over so sweetly and just rest her head on your leg, looking up with her big black eyes and wagging her poof-ball tail until you succumb. 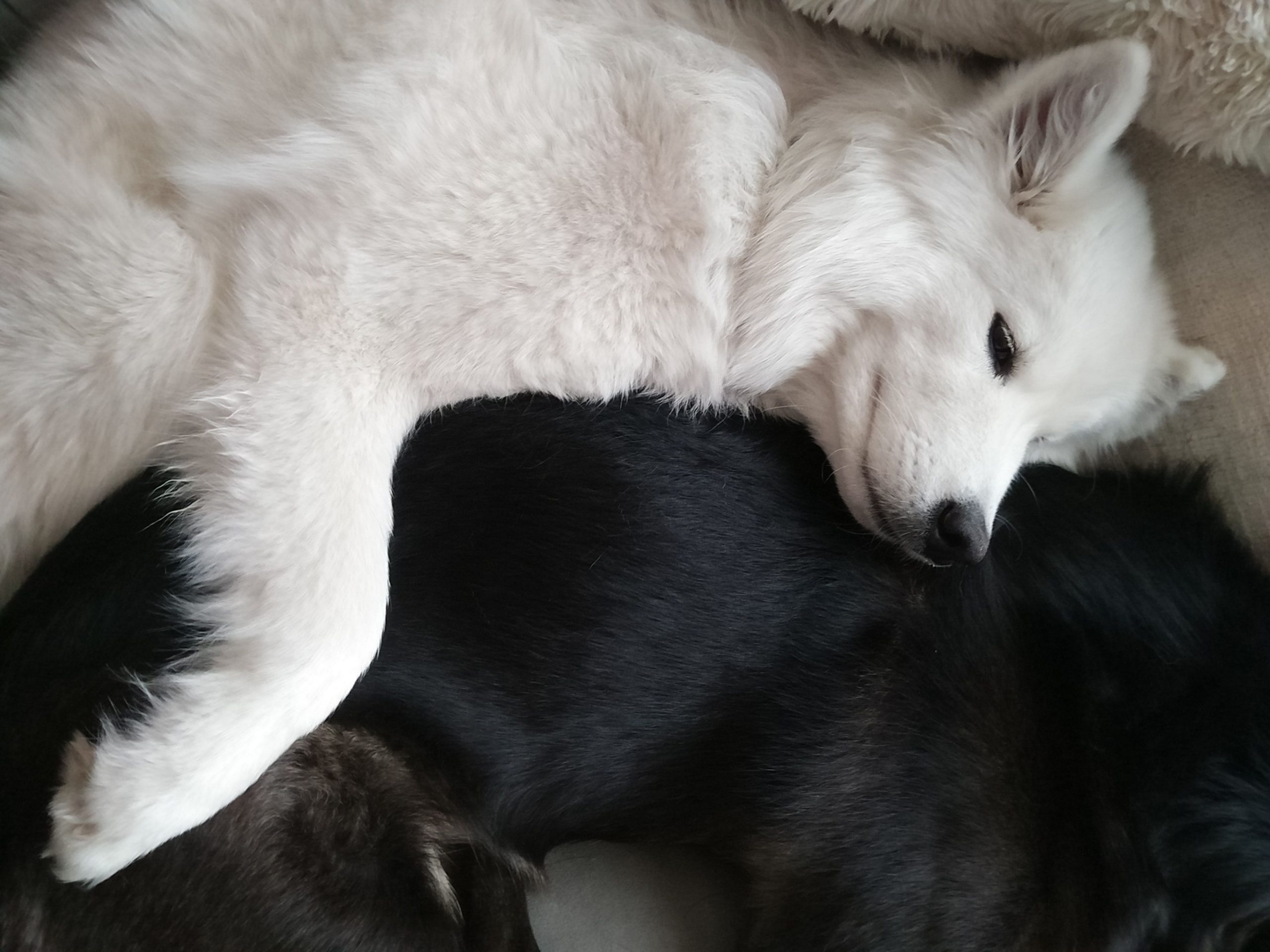 Talus cares more about squirrels, rabbits, deer, moose, elk, coyotes, mice, that thing that might have just moved outside the window, and his pack (well, mostly Dad). Talus speaks with a goofy voice that is clearly anxious for love -- mostly dad's love. He tends to say things like: 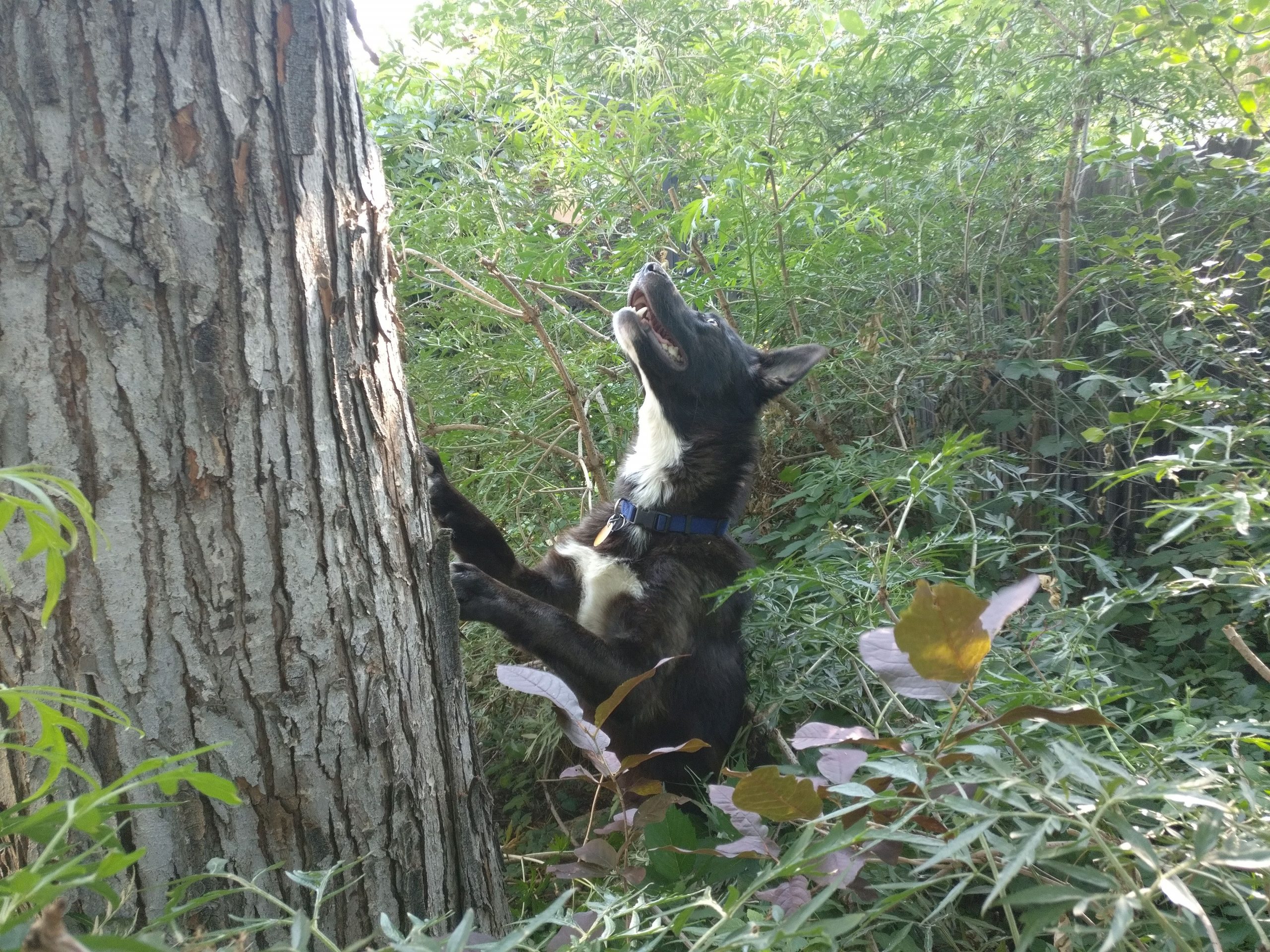 He has been known to loose his mind over a statute of a bronze elk we occasionally drive past. I will have to share a recording - it is not to be believed. My sister was on the phone (over Bluetooth) with me when a rabbit ran in front of the car and her exact words were "What the hell is happening?! It sounds like someone is being murdered." Nope, just Talus wanting out of the car so he can chase. 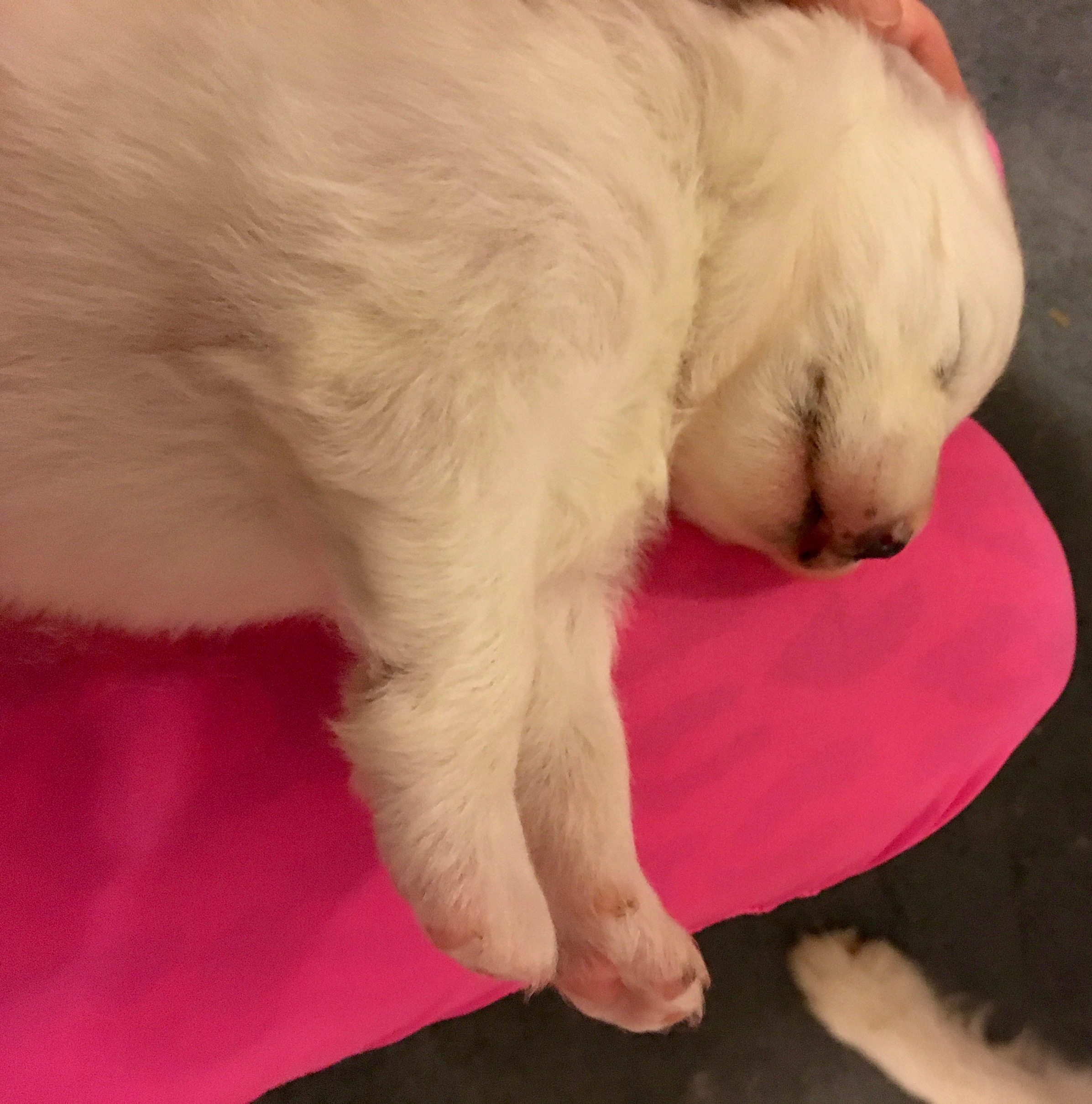 Luka sleeping on my legs at 2 weeks old

The pups had very different up-bringings. I met Luka at 2 weeks when she could fit in the palm of my hand. It was amazing. She came to us from a breeder in CO Springs and I picked her, because I wanted the sleepiest puppy in the litter. Her first night at home (at 8 weeks) was rough.

She and I had a crate standoff that lasted hours, but eventually we wore each other out and both got some sleep. Aside from some potty training accidents and some plant/pee-pad shredding, she's been an angel ever since.

She is sweet, but don't let it fool you. She's got personality. Especially when it comes to getting what she wants (she's got the Sammy stubbornness) or ensuring Talus knows who's boss.

And, she's big on "fair deals." Having to get a paw-dicure, unthinkable. In exchange for treats, fair trade. But, a nail clipping with no treats? Her lawyers will be in touch. 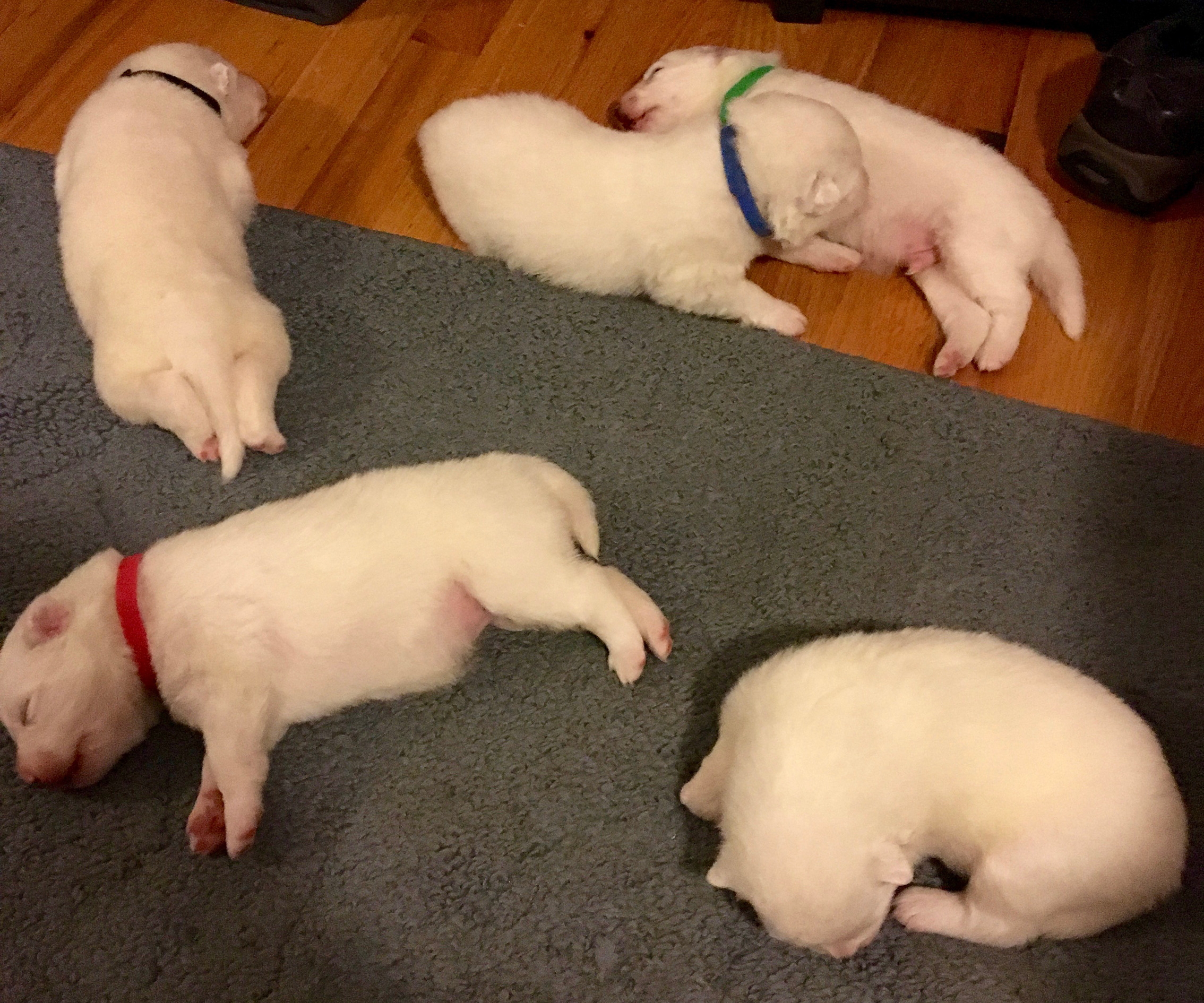 Luka sleeping with her four littermates, she is the collarless one 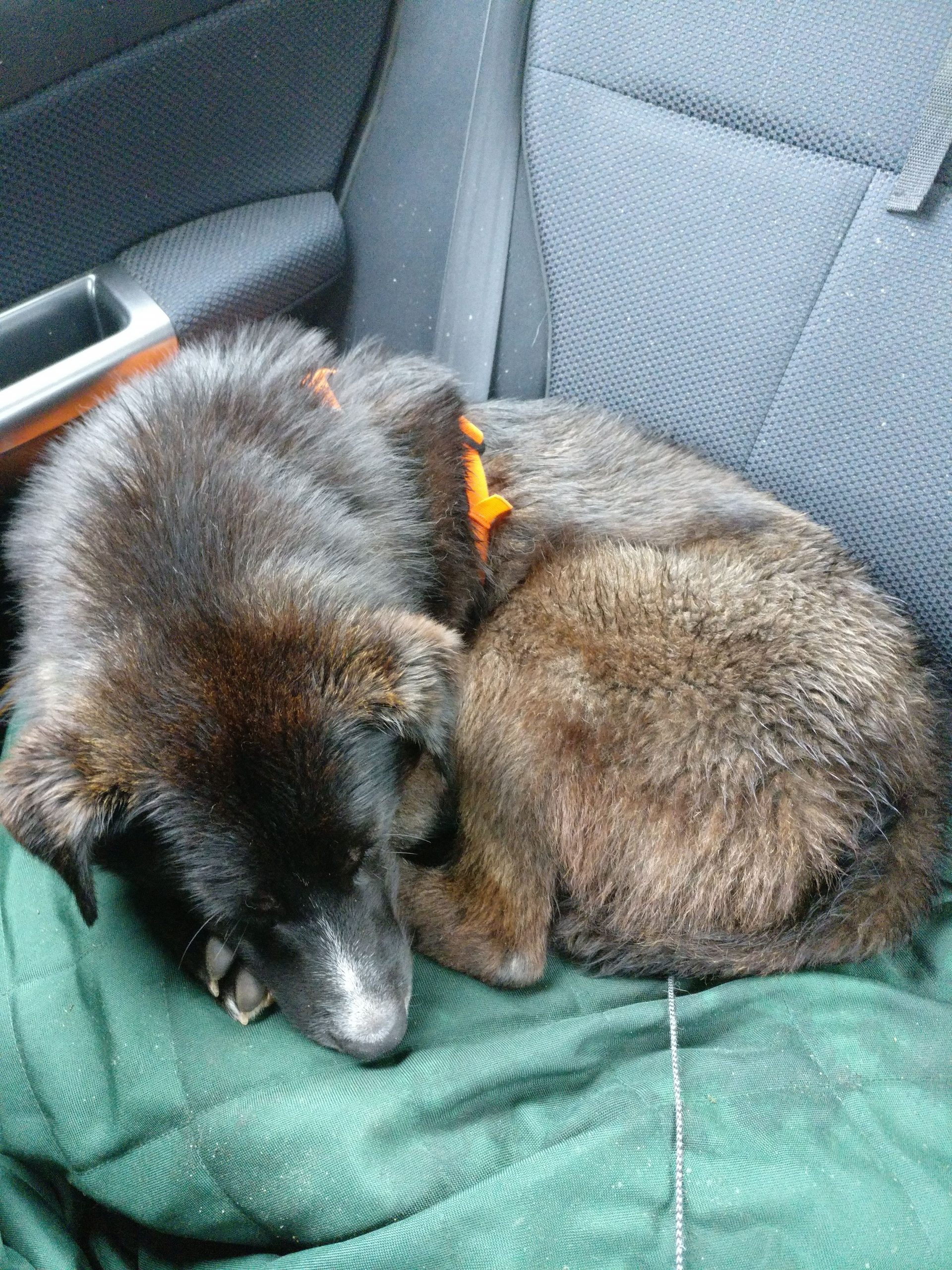 We know nothing about the first ~9 months of Talus' life, except that he was running wild on a Native American reservation in South Dakota. The rescue organization Lightshine Canine found him under a porch with dozens of fleas and ticks. From the moment he met "Dad" (my fiance, Ben), he has been glued to him at the hip.

Despite their polar opposite backgrounds, the two dogs get along incredibly well. We often find them snuggling together (sometimes even spooning) and checking in with each other offering little kisses.

Talus loves to lurk in the grass like an alligator. His eyes peering through tall grasses waiting for his moment to attack and tackle Luka to the ground. And, while she's more of a prancer than a runner, her fast footwork allows her to avoid the full force of his killer pounce a good portion of the time.

These lovable little monsters are such a big part of our lives, if you're reading this, you're likely going to see a lot of them. 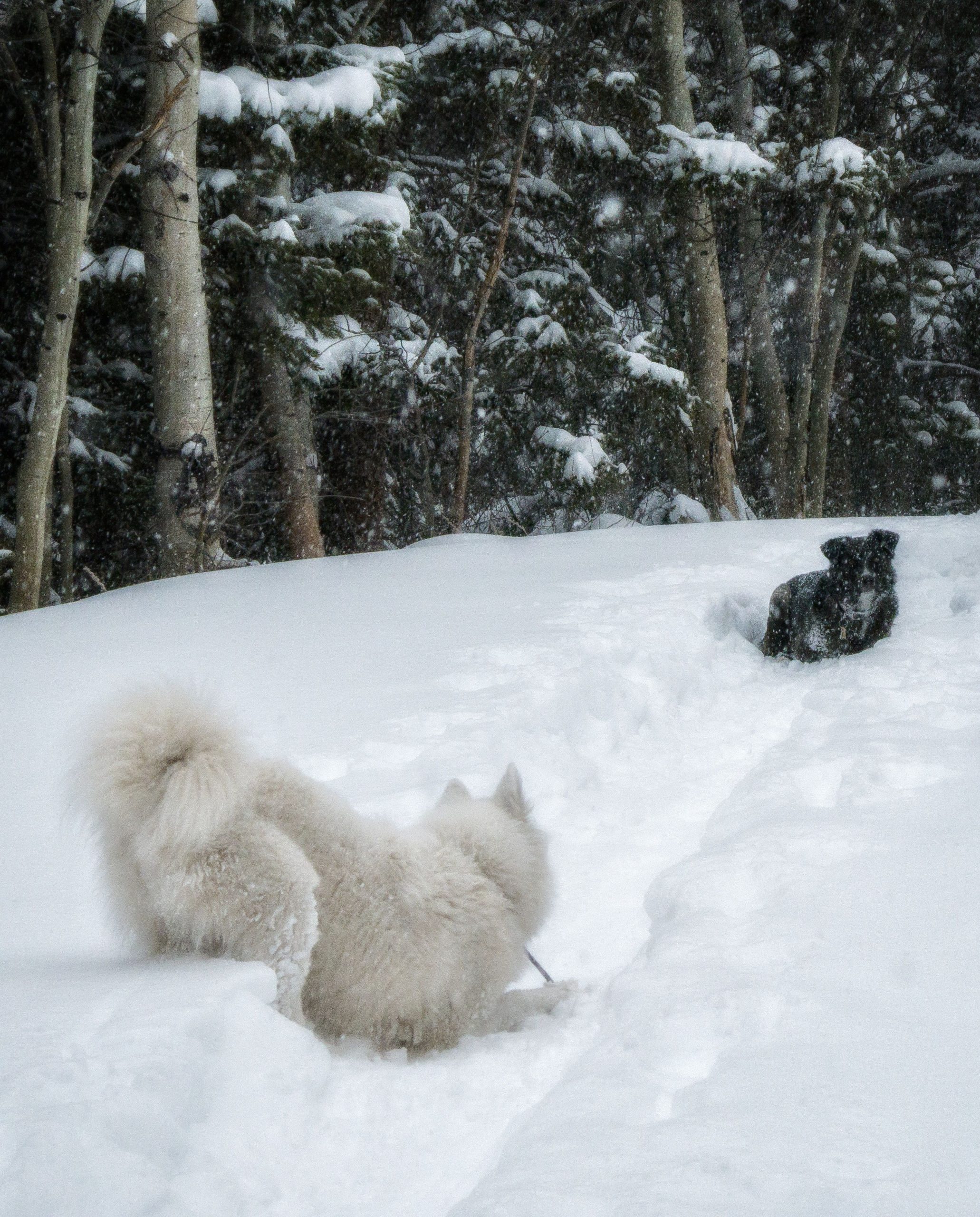 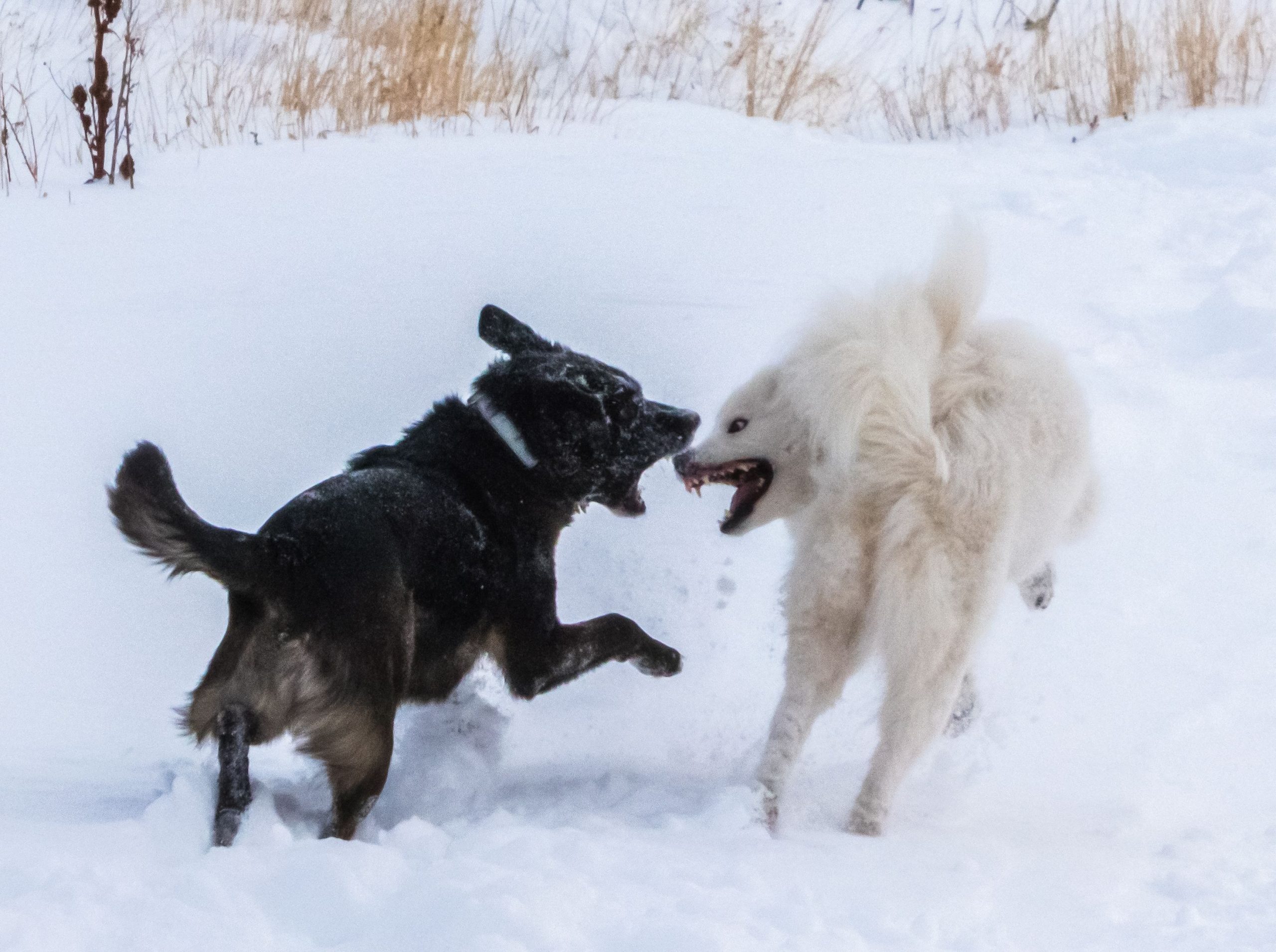 Talus and Luka playing in the snow -- yes, she can go from sweet to demon dog in a second! 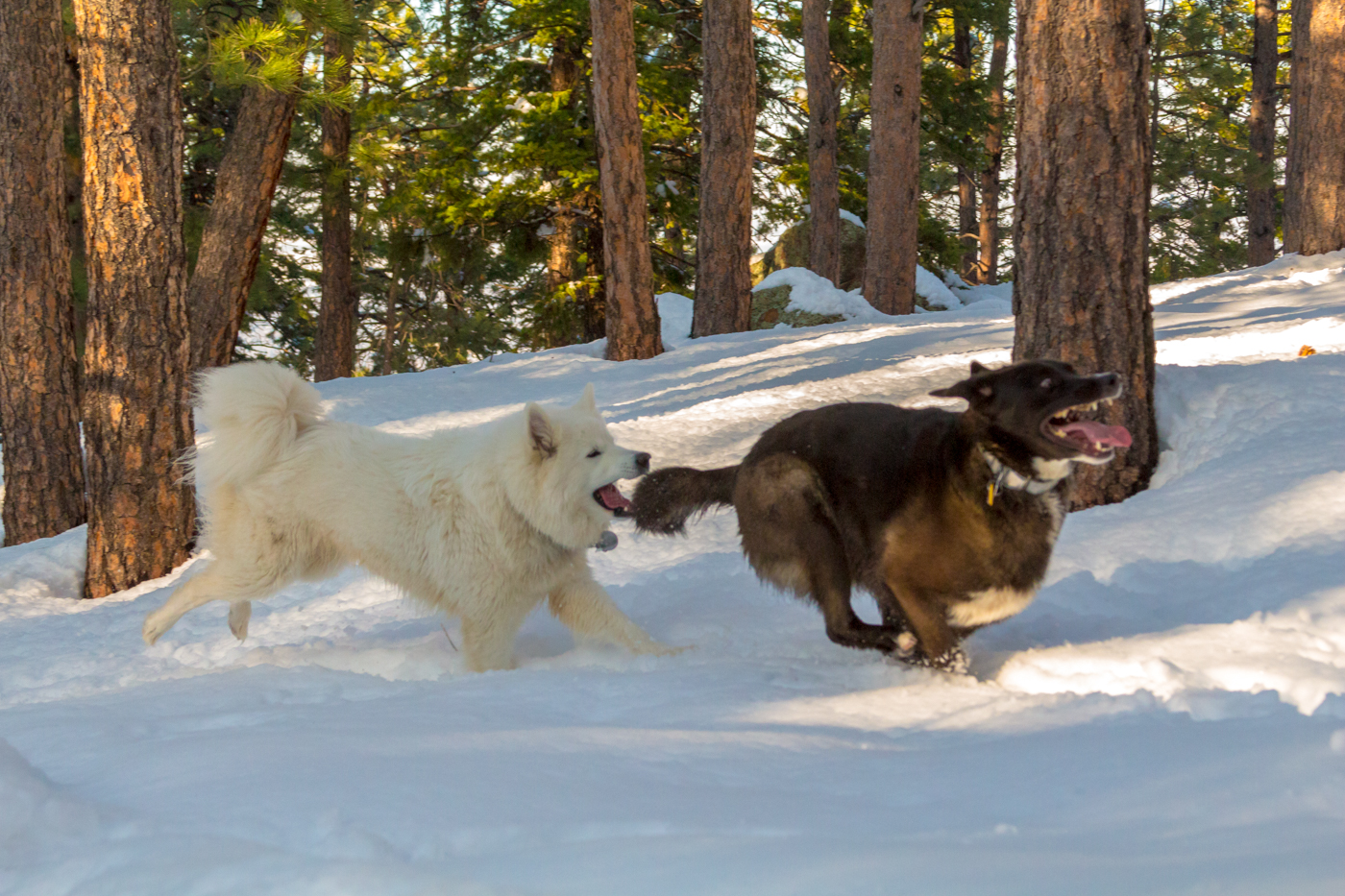 All photo credit on this site (unless designated otherwise) goes to my amazing fiancé, Ben Barthel. If you are interested in his work, check out his shop on Etsy.

I'm sharing my personal experience. I am by no means an expert or medical doctor or offering advice. 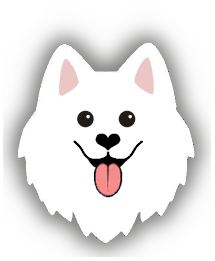 Want to Stay in the Loop?

I promise, no spam or selling your info. Just fun updates from the blog to your inbox.

This website uses cookies to improve your experience while you navigate through the website. Out of these, the cookies that are categorized as necessary are stored on your browser as they are essential for the working of basic functionalities of the website. We also use third-party cookies that help us analyze and understand how you use this website. These cookies will be stored in your browser only with your consent. You also have the option to opt-out of these cookies. But opting out of some of these cookies may affect your browsing experience.
Necessary Always Enabled
Necessary cookies are absolutely essential for the website to function properly. This category only includes cookies that ensures basic functionalities and security features of the website. These cookies do not store any personal information.
Non-necessary
Any cookies that may not be particularly necessary for the website to function and is used specifically to collect user data via analytics. It is mandatory to procure user consent prior to running these cookies on your website.
SAVE & ACCEPT
Are you interested in fasting?